SS316 flush pull slam latch is cabinet & hatch fittings, mainly installed in pleasure craft, canoes, motorboats, sailboats, etc. The glossy and translucent slam latch is not only durable and wear-resistant, but also very elegant in appearance. Feel free to contact us for more information, we will be answered within 24 hours .

The slam latch with Non-locking style and circular pull ring design is full of simplicity and sophistication. Only two screws are required for installation of the flush pull slam latch, and the bracket from the accessories serves as support. Brackets can have a “locking” effect, of course, customers can also use the slam latch only.

The Slam latch’s components are made of highly precise cast 316 stainless steel, which is harder than regular plastic latches, resistant to saline and alkaline environments, and difficult to rust. The slam latch’s pull ring has a frosted interior that is easy to pull and non-slip. You can add glue to the parts anyway you want when installing the Flush pull slam latch, and the glue will have a fixed function.

From our website, you can also find marine grade hinges, cleats, rail fittings, pipe fittings, and other boat hardware accessories items. Feel free to contact us for more information ,we will be answered within 24 hours . 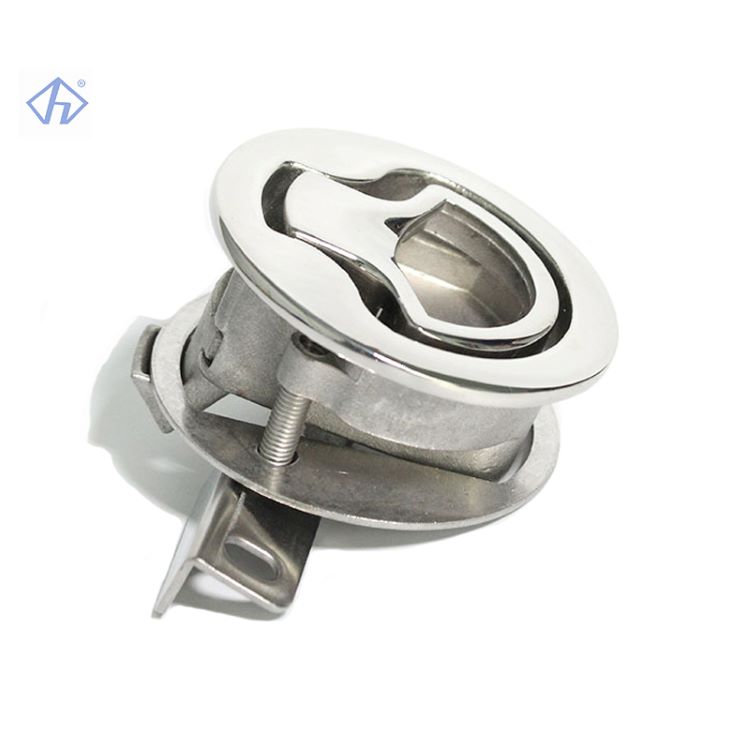